Drypoint is a method of intaglio printmaking in which the artist scratches directly on the metal plate with a sharp instrument such as an etching needle. The technique differs from etching in that it is entirely manual and does not involve the use of acid to cut the plate. It differs from engraving in that the tool scratches the design on the plate, displacing the metal rather than removing it. Under magnification, a drypoint line might resemble a ragged trench rather than the neatly incised line of engraving. The most characteristic feature of drypoint is the rich, feathery aspect of the lines (such as the vertical line at the right of the image, or the lines that describe the arms of the chair). When the drypoint line is scratched into the metal plate the tool creates a ragged burr on either side of the line. This burr, as well as the incised line itself, holds a great deal of ink and is responsible for the feathery nature of the lines. The burr quickly wears down under the pressure of the press. For this reason drypoints withstand much smaller editions than etching or engraving. Early impressions such as this one are described as having "lots of burr." (Spencer Museum of Art) 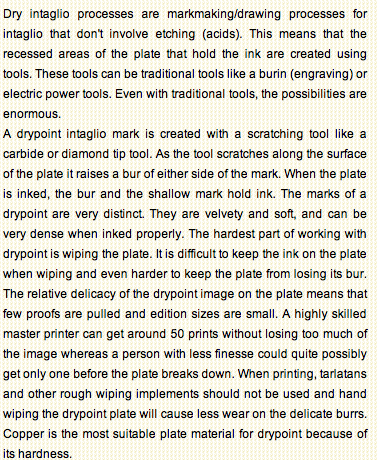 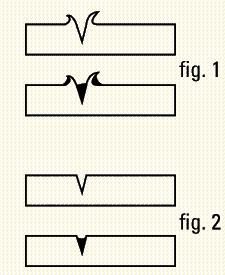 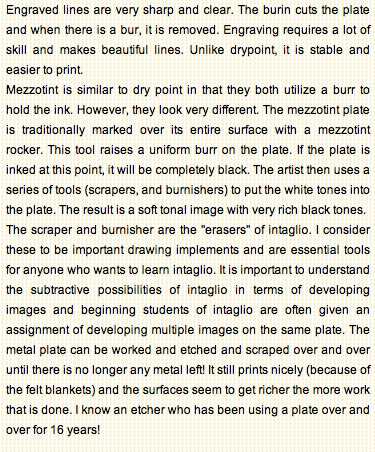