Etching is the process of using strong acid or mordant to cut into the unprotected parts of a metal surface to create a design inintaglio in the metal (the original process—in modern manufacturing other chemicals may be used on other types of material). As an intaglio method of printmaking, it is, along with engraving, the most important technique for old master prints, and remains in wide use today. 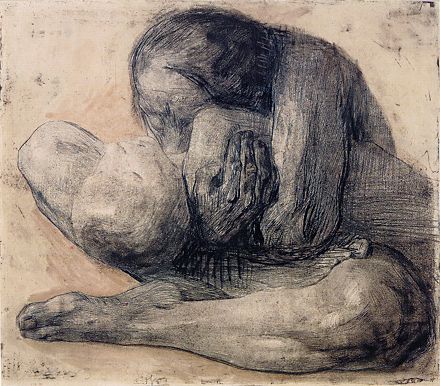 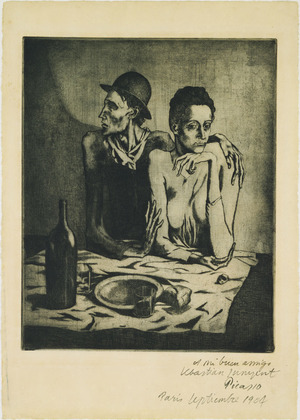 This etching is Picasso's first major effort in printmaking. It became part of the series Saltimbanques, issued in 1913. This vivid example was made before the printing plate was reinforced with steel facing to make a large, later edition. (The Metropolitan Museum of Art) 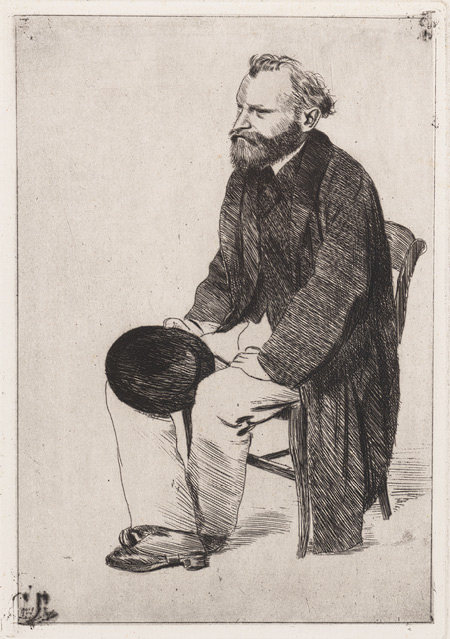 During the 1860s, when Degas was very active as a portraitist, he made his friend Manet the subject of a group of drawings and prints, several of which are in the Museum's collection. This etched portrait evolved from a black-chalk drawing in our collection that shows Manet seated casually on a wooden chair. With his overcoat flung open and his hat clasped in his hand, he appears to have dropped by Degas's studio for a brief visit. The print is a rarity; only three impressions from the plate (printed before Degas's tinkering ruined it) had been documented before this crisp example unexpectedly turned up at an auction in Switzerland.

The Metropolitan Museum of Art. 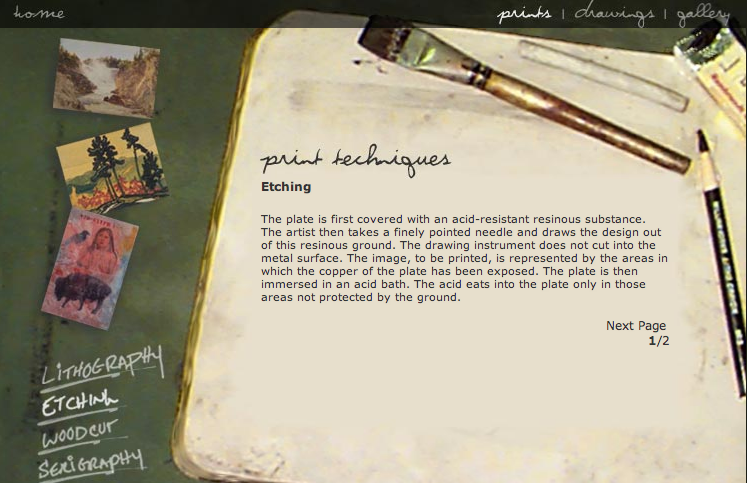