Kathleen Eileen Moray Gray was an Irish architect and furniture designer and a pioneer of the Modern Movement in architecture. Wikipedia
Born: 9 August 1878, Enniscorthy, Republic of Ireland
Died: 31 October 1976, Paris, France
Design: E-1027
Structures: E-1027, House Zervos
Books: Eileen Gray: An Architecture for All Senses, more
Born in Enniscorthy, County Wexford, Ireland in 1878, Eileen Gray spent her childhood in London and was among the first women to be admitted to the Slade, where she took up painting in 1898 before undergoing an apprenticeship in a London lacquer workshop. The experience she gained in working in this highly specialised medium was to influence her profoundly when she moved to Paris in 1902. After further training in lacquer work and cabinet making, she quickly established herself as one of the leading designers of the lacquered screens and decorative panels so beloved by the followers of art deco, and even managed to cause a riot by showing a stark white lacquered boudoir at the 14th Salon des Artistes Décorateurs in 1923.
During the 1920s and 1930s she became one of the leading exponents of the revolutionary new theories of design and construction. She worked closely with many of the outstanding figures of the modern movement, including Le Corbusier and J.J.P Oud. Well to the fore of the group she exhibited chrome, steel tube and glass furniture in 1925 - the same year as Mies van der Rohe and Marcel Breuer and well before Le Corbusier. The furniture was used in Eileen Gray's own interiors, the most celebrated of which was that completed in 1922 for the famous modiste, Madame Mathieu-Lévy (better known as Suzanne Talbot). Her interior design schemes of the period seem both modern and stylish even today.

After the war, and up to her death in 1976, Eileen Gray continued to work as a designer on both major projects like the Cultural and Social Centre, which occupied her from 1946-1949, and on a number of smaller furniture designs. One of her last tasks was to work with Zeev Aram on the introduction of her designs onto the world market. Examples of her early work are in the V&A collection and her E1027 adjustable table is in the permanent design collection of The Museum of Modern Art, New York; these make a fitting tribute to her contribution to modern design. The Royal Society of Arts appointed her a Royal Designer for Industry in 1972.
Eileen Gray died in Paris in 1976.
Aram Designs holds the worldwide head licence for Eileen Gray Designs and is the only UK source for the authentic products.
Read more about Eileen Gray on her website.

Eileen Gray was born in Enniscorthy, Ireland in 1878. After studying at the Slade and then working as a lacquer artist, she turned her hand to interior design and architecture while living in Paris in after in the 1920s. She opened a shop in Paris and won praise for her interior designs for wealthy & fashionable Parisians.

A non-conformist at heart, Gray was nonetheless heavily influenced by fellow modernists such as Walter Gropius, Mies van der Rohe, and Le Corbusier. Between 1926-9 she designed a remarkable modernist villa in Roquebrune-Cap-Martin in southern France with her lover, Romanian-born architect and magazine editor Jean Badovici. In naming their house, E.1027, Gray chose a streamlined numerological symbol for her relationship with Badovici: "E" was for "Eileen," the "10" and "2" represented Badovici's initials—according to their place in the alphabet—and the "7" was for "G," so that Gray was, in a sense, embracing him: E.1027. (Read the rest)

See products designed by Eileen Gray on her website. 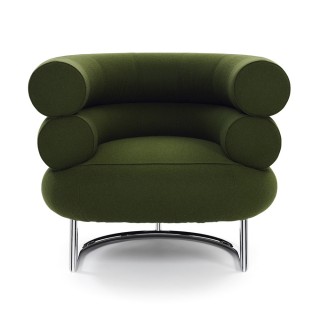 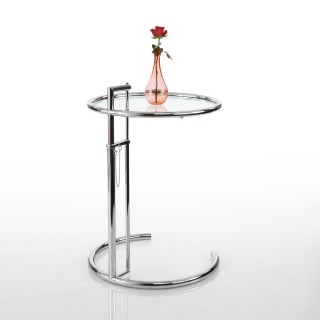 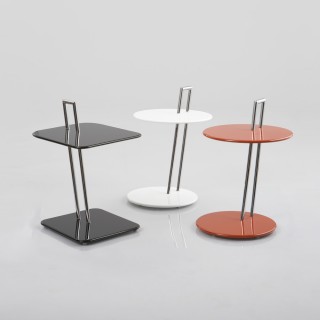 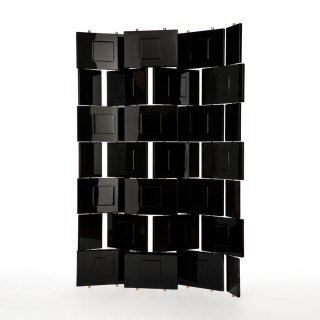 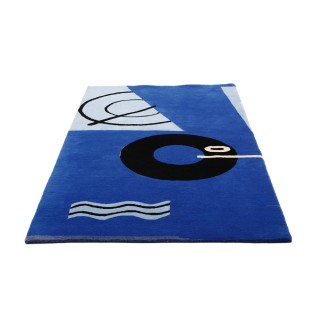 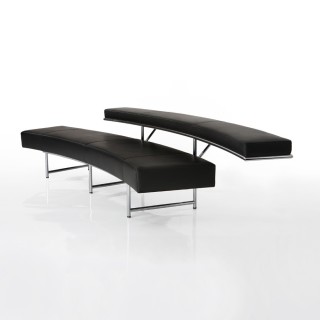 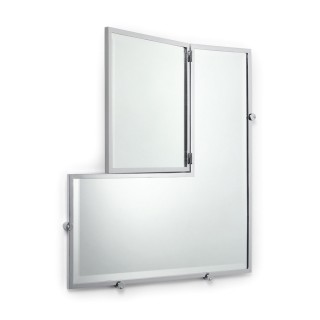 Video is in French.