Constructivism was the last and most influential modern art movement to flourish in Russia in the 20th century. It evolved just as the Bolsheviks came to power in the October Revolution of 1917, and initially it acted as a lightning rod for the hopes and ideas of many of the most advanced Russian artists who supported the revolution's goals. It borrowed ideas from Cubism, Suprematism and Futurism, but at its heart was an entirely new approach to making objects, one which sought to abolish the traditional artistic concern with composition, and replace it with 'construction.' Constructivism called for a careful technical analysis of modern materials, and it was hoped that this investigation would eventually yield ideas that could be put to use in mass production, serving the ends of a modern, Communist society. Ultimately, however, the movement floundered in trying to make the transition from the artist's studio to the factory. Some continued to insist on the value of abstract, analytical work, and the value of art per se; these artists had a major impact on spreading Constructivism throughout Europe. Others, meanwhile, pushed on to a new but short-lived and disappointing phase known as Productivism, in which artists worked in industry. Russian Constructivism was in decline by the mid 1920s, partly a victim of the Bolshevik regime's increasing hostility to avant-garde art. But it would continue to be an inspiration for artists in the West, sustaining a movement called International Constructivism which flourished in Germany in the 1920s, and whose legacy endured into the 1950s. (Source: The Art Story) 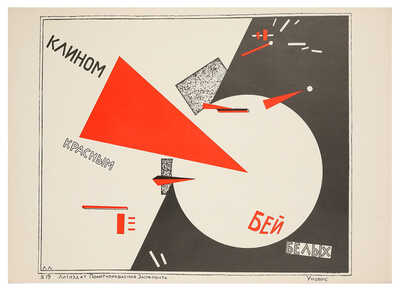 Make sure you take a good look around a good website when you find it, so that you notice signposts for further research into relevant areas. Eg this website (The Art Story) also has tabs to 'history and concepts' which are worth investigating.