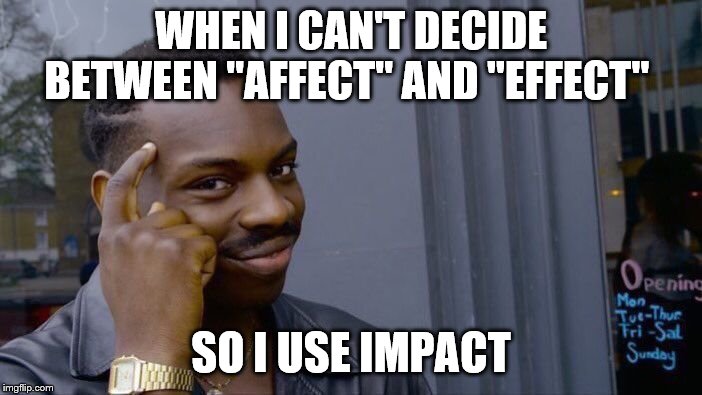 Very clever, but you wouldn't use 'impact' every time.

Affect is usually a verb meaning 'to influence'.

I was certain that my sleepless nights would affect my performance in the test.

Effect is usually a noun meaning 'the result of'.

His dog's pleading eyes had no effect on him.

The mindfulness podcast had a calming effect.

Affect is sometimes used as a noun to mean the mood someone has, mainly with reference to the emotional and external factors that influence a person's ability to learn. (It is pronounced / 'ʌfekt / (uh-fect) - with the stress on the A).

Effect can be used as a verb that essentially means 'to bring something about' or 'accomplish'. For example, "Our government hopes to effect change within the anti-vaxxers' communities."