The theory is important to understand deviant and criminal behaviour.

In simpler terms, it is the instance where an individual accepts a label that has been given to them by someone else after they have performed a specific action that is deemed inappropriate. E.g. A child takes a loaf of bread from the bakery and doesn't pay for it. When confronted, the accuser tells the child that it's stealing and that he/she is a thief. Over time, the child internalizes and accepts this label; and in a sense, assimilates themselves with this behaviour.

Basically, the theory is how an individual is influenced by the terms used to describe or classify them.

The theory classifies people into 4 categories:

Conforming-Obedient people who are viewed by society the same way

Interactionist Theories of Crime from knoxmodernstudies
Lesson 02 from Fiona Beals

One critique of labeling theory is that it emphasizes the interactive process of labeling and ignores the processes and structures that lead to the deviant acts. Such processes might include differences in socialization, attitudes, and opportunities, and how social and economic structures impact these.

A second critique of labeling theory is that it is still not clear whether or not labeling actually has the effect of increasing deviant behavior. Delinquent behavior tends to increase following conviction, but is this the result of labeling itself as the theory suggests? It is very difficult to say, since many other factors may be involved, including increased interaction with other delinquents and learning new criminal opportunities. (Author: Ashley Crossman. Source: ThoughtCo)
Updated by Nicki Lisa Cole, Ph.D.

The definition of whiteness (Source)

Think back to when you were a student.

Think more broadly now incorporating ideas from the class readings as well as your own experiences:

On being sane in insane places - experiment

Read about the Rosenhan experiment.

In the early 70s, just like today, there were many critics of the mental health industry, specifically in the area of psychiatry.  Rosenhan was one of these critics.  As a researcher and psychiatrist himself, he put together a team of eight perfectly healthy and sane "pseudo patients" (five men and three women) to have themselves committed in one of several psychiatric hospitals across the United States.  In order to make this experiment work, the pseudo patients had to lie about their name, job, and the fact that they heard a voice in their heads.

Immediately after admission, the pseudo patients acted normally (asymptomatic) while discreetly taking notes for the experiment.  They could not be released without staff corroboration of their sanity., which took from 7 to 52 days, with an average of 19 days to get. (Read the rest of this report to find out what happened and the results of the experiment) 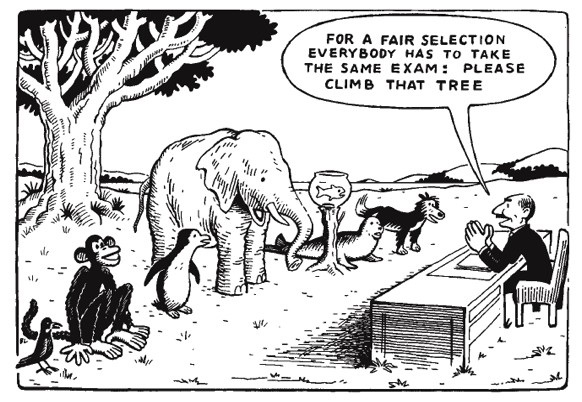 Labeling theory posits that people come to identify and behave in ways that reflect how others label them. It is most commonly associated with the sociology of crime and deviance, where it is used to point out how social processes of labeling and treating someone as criminally deviant actually fosters deviant behavior ?and has negative repercussions for that person because others are likely to be biased against them because of the label.

Labeling theory is rooted in the idea of the social construction of reality, which is central to the field of sociology and is linked to the symbolic interactionist perspective. As an area of focus, it flourished within American sociology during the 1960s, thanks in large part to sociologist Howard Becker. However, the ideas at the center of it can be traced back to the work of founding French sociologist Emile Durkheim. The theory of American sociologist George Herbert Mead, which focused on the social construction of the self as a process involving interactions with others, was also influential in its development. Others involved in the development of labeling theory and the conduct of research related to it include Frank Tannenbaum, Edwin Lemert, Albert Memmi, Erving Goffman, and David Matza.

Labeling theory is one of the most important approaches to understanding deviant and criminal behavior. It begins with the assumption that no act is intrinsically criminal. Definitions of criminality are established by those in power through the formulation of laws and the interpretation of those laws by police, courts, and correctional institutions. Deviance is therefore not a set of characteristics of individuals or groups, but rather it is a process of interaction between deviants and non-deviants and the context in which criminality is being interpreted.

In order to understand the nature of deviance itself, we must first understand why some people are tagged with a deviant label and others are not. Those who represent forces of law and order and those who enforce the boundaries of what is considered normal behavior, such as the police, court officials, experts, and school authorities, provide the main source of labeling. By applying labels to people, and in the process creating categories of deviance, these people reinforce the power structure of society.

Many of the rules that define deviance and the contexts in which deviant behavior is labeled as deviant are framed by the wealthy for the poor, by men for women, by older people for younger people, and by ethnic and racial majorities for minority groups. In other words, the more powerful and dominant groups in society create and apply deviant labels to the subordinate groups.

For example, many children engage in activities such as breaking windows, stealing fruit from other people’s trees, climbing into other people’s yards, or playing hooky from school. In affluent neighborhoods, these acts may be regarded by parents, teachers, and police as innocent aspects of the process of growing up. In poor areas, on the other hand, these same activities might be seen as tendencies towards juvenile delinquency, which suggests that differences of class and race play an important role in the process of assigning labels of deviance. In fact, research has shown that Black girls and boys are disciplined more frequently and more harshly by teachers and school administrators than are their peers of other races, though there is no evidence to suggest that they misbehave more frequently. Similarly, and with much more severe consequences, statistics that show that police kill Black people at a far higher rate than whites, even when they are unarmed and have committed no crime, suggests that the misapplication of deviant labels as a result of racial stereotypes is at play.

Once a person is labeled as deviant, it is extremely difficult to remove that label. The deviant person becomes stigmatized as a criminal or deviant and is likely to be considered, and treated, as untrustworthy by others. The deviant individual is then likely to accept the label that has been attached, seeing himself or herself as deviant, and act in a way that fulfills the expectations of that label. Even if the labeled individual does not commit any further deviant acts than the one that caused them to be labeled, getting rid of that label can be very hard and time-consuming. For example, it is usually very difficult for a convicted criminal to find employment after release from prison because of their label as ex-criminal. They have been formally and publicly labeled a wrongdoer and are treated with suspicion likely for the remainder of their lives. (Author: Ashley Crossman. Source: ThoughtCo)