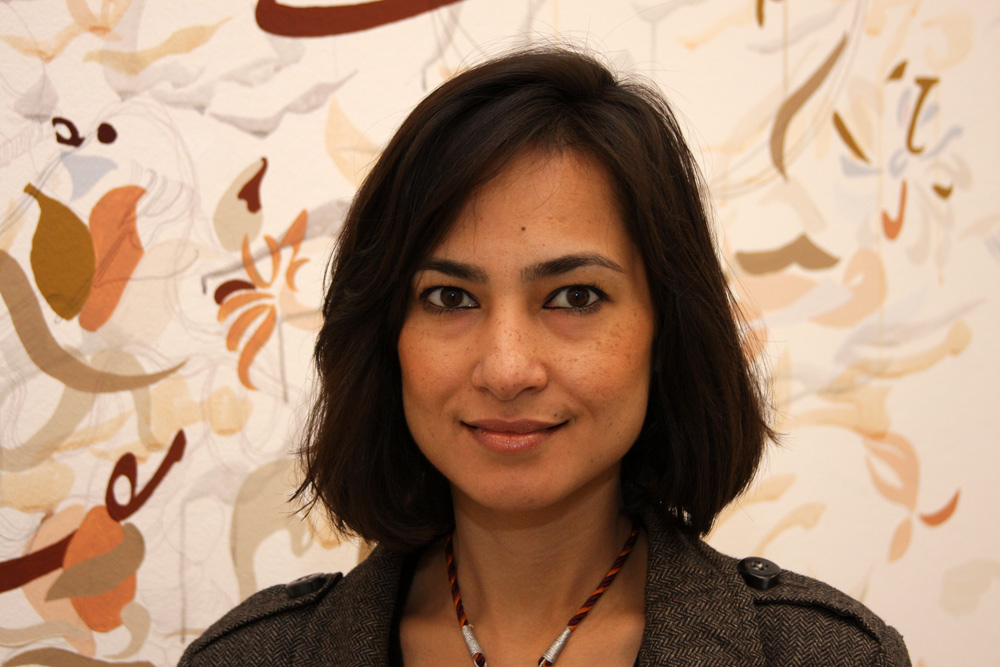 Shahzia Sikander received her BFA in 1991 from the National College of Arts, Lahore, Pakistan and her MFA from the Rhode Island School of Design in 1995. Pakistani-born and internationally recognized, Sikander's pioneering practice takes Indo-Persian miniature painting as a point of departure. She challenges the strict formal tropes of miniature painting as well as its medium-based restrictions by experimenting with scale and media. Such media include animation, video, mural, and collaboration with other artists. Her process-based work is concerned with examining the forces at stake in contested cultural and political histories. Her work helped launch a major resurgence in the Miniature Painting department in the Nineties at the National College of Arts in Lahore, inspiring many others to examine the miniature tradition. 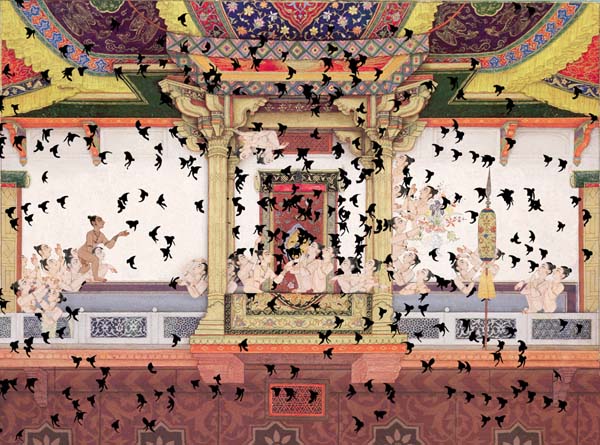 Sikander grew up in Lahore, in a house adjoining those of her grandfather and aunts and uncles. “I have a very supportive and educated family with strong women—writers, academics, human-rights activists,” she says. She always drew as a child and happily did all the diagrams for her cousins’ science homework. (The nuns at her Catholic school kept some of her illuminated notebooks.) Her parents encouraged her to apply to the National College of Arts.

There, in 1988, Sikander attended a lecture on miniature paintings given by a visiting curator from the Victoria and Albert Museum, an experience she describes as life changing. Familiar only with the kitschy creations sold to tourists, she was stunned by the “immense range and visual connections” of the images shown by the lecturer. “I felt potential,” she says.

Her idea was to explore personal imagery within the thematic guise of miniature painting, at a time when young people in Pakistan, under Muhammad Zia-ul-Haq’s military regime, had to behave very discreetly in public. She made the decision to major in miniature painting, working with only one other student under the strict methodology of the master teacher.

“It was a big thing to say, ‘I’m going to embrace something that’s already saddled with technique and ritual and a kind of copying and a certain language,’” says Sikander, who had to spend an entire year working just in ink before she was allowed to use color.

“I submitted myself to that,” she says. For four years she worked 18-hour days, almost always alone, to master the art of traditional miniature painting, learning how to apply layers of paint to build up luminous surfaces. Her final piece was The Scroll (1991–92), about a foot high and more than five feet long, in which she mapped out the rooms in her family home, using the genre conventions of stacking flattened-out spaces, and embellishing the architecture and the borders of the piece with painstaking pattern and detail. “You had to play by those rules,” Sikander says.