Dutch periodical founded by Theo Van Doesburg in 1917 and published in Leiden until 1932; the name was also applied from the 1920s to a distinctive movement and to the group of artists associated with it. The periodical’s subtitle, Maandblad voor de beeldende vakken (Monthly Journal of the Expressive Professions), indicates the range of artists to which it was appealing, and van Doesburg’s intention was that it be a platform for all those who were concerned with a new art: painters, sculptors, architects, urban planners, typographers, interior designers and decoratve artists, musicians, poets and dramatists. The search for a nieuwe beelding (new imagery) was characterized by the elementary components of the primary colours, flat, rectangular areas and only straight, horizontal and vertical lines. Former ideals of beauty had to be relinquished in favour of a new consciousness to represent the spirit of the times.

Circle of Dutch abstract artists who promoted a style of art based on a strict geometry of horizontals and verticals. (Tate)

The Netherlands-based De Stijl movement embraced an abstract, pared-down aesthetic centered in basic visual elements such as geometric forms and primary colors. Partly a reaction against the decorative excesses of Art Deco, the reduced quality of De Stijl art was envisioned by its creators as a universal visual language appropriate to the modern era, a time of a new, spiritualized world order.

Among the pioneering exponents of abstract art, De Stijl artists espoused a visual language consisting of precisely rendered geometric forms - usually straight lines, squares, and rectangles--and primary colors. Expressing the artists' search "for the universal, as the individual was losing its significance," this austere language was meant to reveal the laws governing the harmony of the world. (Read more and see artists on theartstory.org) 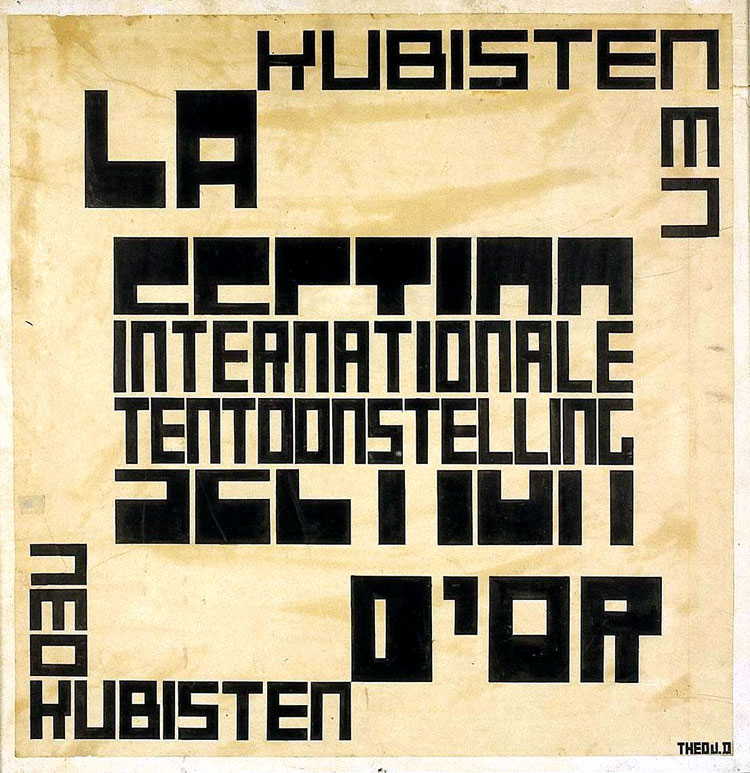