Hippolytus (Ancient Greek: Ἱππόλυτος, Hippolytos) is an Ancient Greek tragedy by Euripides, based on the myth of Hippolytus, son of Theseus. The play was first produced for the City Dionysia of Athens in 428 BC and won first prize as part of a trilogy.[1]

Euripides revisits the myth in Hippolytos Stephanophoros (Ἱππόλυτος στεφανοφόρος – "Hippolytus who wears a crown"), its title refers to the crown of garlands Hippolytus wears as a worshipper of Artemis. In this version Phaedra fights against her own sexual desires, which have been incited by Aphrodite.[3]  Read more in Wikipedia

Read a synopsis of the play

A short summary of the play 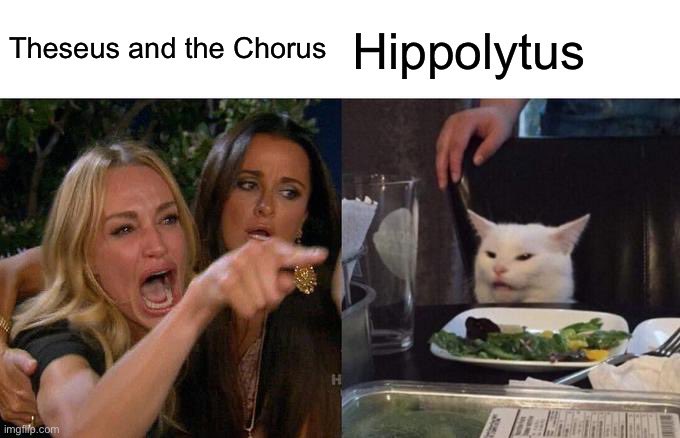 Phaedra agonsing over her love for Hippolytus Photo source

Search for these titles in Gale Literary Sources or search for keywords eg. "Hippolytus"

Aesthetics and death: idealization, horror and the tragic tetrad in Hippolytus by Eugene Narrett