Internal resistance to apartheid in South Africa originated from several independent sectors of South African society and alternatively took the form of social movements, passive resistance, or guerrilla warfare. Mass action against the ruling National Party government, coupled with South Africa's growing international isolation and economic sanctions, were instrumental factors in ending racial segregation and discrimination.[1] Both black and white South African activists such as Steve Biko, Desmond Tutu, Nelson Mandela, Harry Schwarz, and Joe Slovo were involved with various anti-apartheid causes. By the 1980s, there was continuous interplay between violent and non-violent action, and this interplay was a notable feature of resistance against apartheid from 1983 until South Africa's first multiracial elections under a universal franchise in 1994.[6] (Read the rest on Wikipedia) 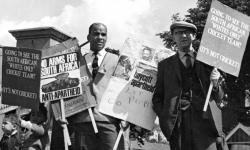 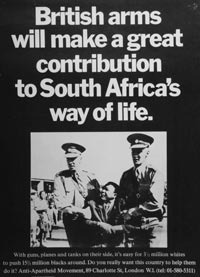