These titles are written by young authors

Christopher was homeschooled by his parents and often wrote short stories and poems, made frequent trips to the library, and read widely. He was 15 when he began writing the first draft of Eragon. Three years later, his book Eragon was published. When he was 19, Paolini's book was re-published and landed on the New York Times bestseller list.

One boy. One dragon. A world of adventure. When Eragon finds a polished blue stone in the forest, he thinks it is the lucky discovery of a poor farm boy; perhaps it will buy his family meat for the winter. But when the stone brings a dragon hatchling, Eragon realizes he has stumbled upon a legacy nearly as old as the Empire itself.

Tom and Jordy have been living with their gran since the day their mother, Loretta, left them on her doorstep and disappeared. Now Loretta’s returned, and she wants her boys back. Tom and Jordy hit the road with Loretta in her beat-up car. The family of three journeys across the country, squabbling, bonding, searching and reconnecting.

A Gothic tale of the scientist, Victor Frankenstein, whose obsession with fashioning a new being leads him to create a pathetic but monstrous creature, with terrifying consequences

Nip the buds, shoot the kids

Nip the Buds, Shoot the Kids recounts the exploits of 15 teenage reformatory boys evacuated in wartime to a remote mountain village where they are feared and detested by the local peasants. When plague breaks out, the villagers flee, blocking the boys inside the deserted town.

The diary of a young girl

Discovered in the attic in which she spent the last years of her life, Anne Frank's remarkable diary has since become a world classic—a powerful reminder of the horrors of war and an eloquent testament to the human spirit.
In 1942, with Nazis occupying Holland, a thirteen-year-old Jewish girl and her family fled their home in Amsterdam and went into hiding. For the next two years, until their whereabouts were betrayed to the Gestapo, they and another family lived cloistered in the "Secret Annexe" of an old office building. Cut off from the outside world, they faced hunger, boredom, the constant cruelties of living in confined quarters, and the ever-present threat of discovery and death.

At age 15, Hinton began work on her first book, and she completed the book at age 16. When she was 18, her first novel, The Outsiders, was released under the initials S.E. instead of the name Susan to avoid any sexism or prejudice. For 3 years, Hinton suffered writer's block as a result of the publicity and pressure--including being dubbed "The Voice of the Youth"--surrounding The Outsiders.

The New York Public Library. A silent sanctuary of knowledge; a 100-year-old labyrinth of towering bookcases, narrow aisles and long marblehallways. For Doctor Stephen Swain and his daughter, Holly, it is the site of a nightmare. Because for one night this historic building is to be the venue for a contest.

Boys are like dogs - ready to bite, bark and beg to be given a chance to show their value.. "I vowed that if I ever got a girl I would treat her right and never be bad or dirty to her or hurt her, ever." Cameron Wolfe is a dirty boy. He knows it. His brother Rube knows it, because he's one too. they could change - but what would it take?

When the Taliban took control of the Swat Valley, one girl spoke out. Malala Yousafzai refused to be silenced and fought for her right to an education. On Tuesday October 9, 2012, she almost paid the ultimate price. The incredible memoir by the 15-year-old Pakistani girl who was shot in the face because stood up to the Taliban and advocated for education.

Millipop Klompet and Ernest Perriclof live in the uneventful town of Drabville, where the cautious Ernest spends his time enlarging his rock collection and Milli dreams of adventure. When the pair are kidnapped from their homes and brought to live in the gothic mansion known as Hog House, they are adopted by the madcap Mr and Mrs Mayor and a series of bizarre encounters follows.

The start of a fantastic new action/adventure series from a 20-yr-old author who knows how to thrill. In a near-future world run by an evil corporation, the only justice comes from an organization called the Deck. Each agent in the deck belongs to a suit -- the Hearts and Diamonds are the operatives, the Clubs do the training, and the Spades monitor internal affairs. The hero is a 16-yr-old, Six of Hearts.

In a future Chicago, sixteen-year-old Beatrice Prior must choose among five predetermined factions to define her identity for the rest of her life, a decision made more difficult when she discovers that she is an anomoly who does not fit into any one group, and that the society she lives in is not perfect after all 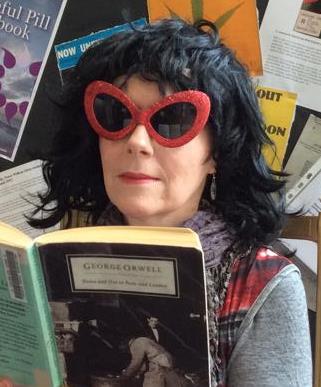