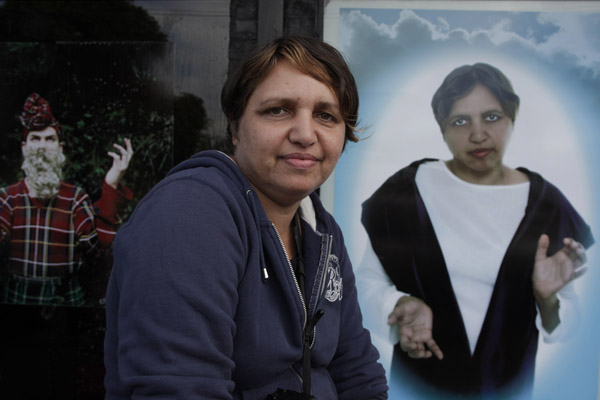 Melbourne based Photomedia artist whose work inverts the accepted view of Australian art history by repositioning the representations of Indigenous people by placing them into iconic Australian artistic images.

Diane Jones was born in 1966 in Perth, Western Australia. In 1994 she completed an Art Foundation course at Perth TAFE and went on to complete a course in Aboriginal Orientation at the University of Western Australia. She has studied jewellery design and making at North Metropolitan TAFE and in 2001 she undertook a Bachelor of Visual Arts at Edith Cowan University in Perth. Jones has exhibited in many group shows since 2001 including 'Girls On Film’ at the Art Gallery of Western Australia (2001), 'High tide: Contemporary Indigenous Photography’ at Linden Centre for Contemporary Arts (2002), 'Black on White’ at the Centre for Contemporary Photography (2005), 'Half Light: Portraits from Black Australia’ at the Art Gallery of NSW (2008) and 'Lines in the Sand: Botany Bay Stories from 1770’ at Hazelhurst Regional Gallery (2008). Jones is represented in the collections of the University of Wollongong, the National Gallery of Victoria, the National Gallery of Australia, Monash University, the Art Gallery of Western Australia an the Aboriginal Art Museum, Utrecht, The Netherlands. (Source: Trove)

Dianne Jones is an emerging Australian photo-media artist whose work deals with indigenous identity and cultural history. Jones first exhibited at Niagara as part of the 2002 Unsigned Artists show. In this exhibition, she presented a number of reproductions of classic Australian paintings with pointed interventions. In Tom Roberts' Shearing of the Rams, her father and cousin are amongst the workers. In a John Glover landscape, a photo taken at a family picnic is inserted.

In her most recent work, Jones focuses on the small group of Australian photographs that have properly infiltrated the public consciousness. These images, which include Max Dupain's Sunbaker and David Moore's Meat queue, have come to function as symbols for Australian identity. Jones has made her relationship to these images public through a cute sleight of hand. She has literally inserted herself into the works, making space for her cheeky and irreverent responses. With humour and personality, Jones lets herself mingle, meeting suburban mums of the 40s, swimming with the larrikin boys of the 50s and embracing the glamour of the 60s. In these works, Jones makes the audience aware of the cultural homogeneity of certain visual histories, while showing how we can start to create a new history that's inclusive rather than exclusive. Indigenous experience is no longer excluded. (Source: Niagara Galleries) Half Light: Portraits from Black Australia

The representation of Aboriginals as 'the noble savage' in art

Dianne Jones believes that many iconic Australian artworks “represent Aboriginal people as the flora and fauna”. Without names or identities they are insignificantly faded into the background.

In Brenda’s Wedding Jones appropriates Eugene Von Guerard’s 1954 painting Barwon River, Geelong. She replaces the Indigenous character of the original artwork with a family photograph of her sister’s wedding. By making her family the main focus of the painting she has given them an identity that Indigenous people were not given in the original artwork.

Below is the painting which Dianne Jones appropriated. 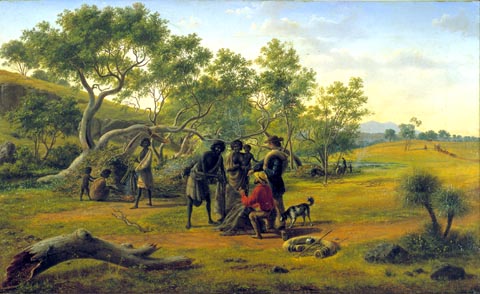 Jones: "They were these little tiny brown figures. They had no names, there was no identity to them at all," she says. "So I took those out, put my family in it, made them big and gave them a name. I wanted to make them really visible." 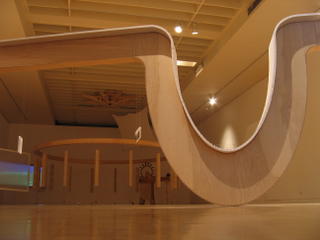 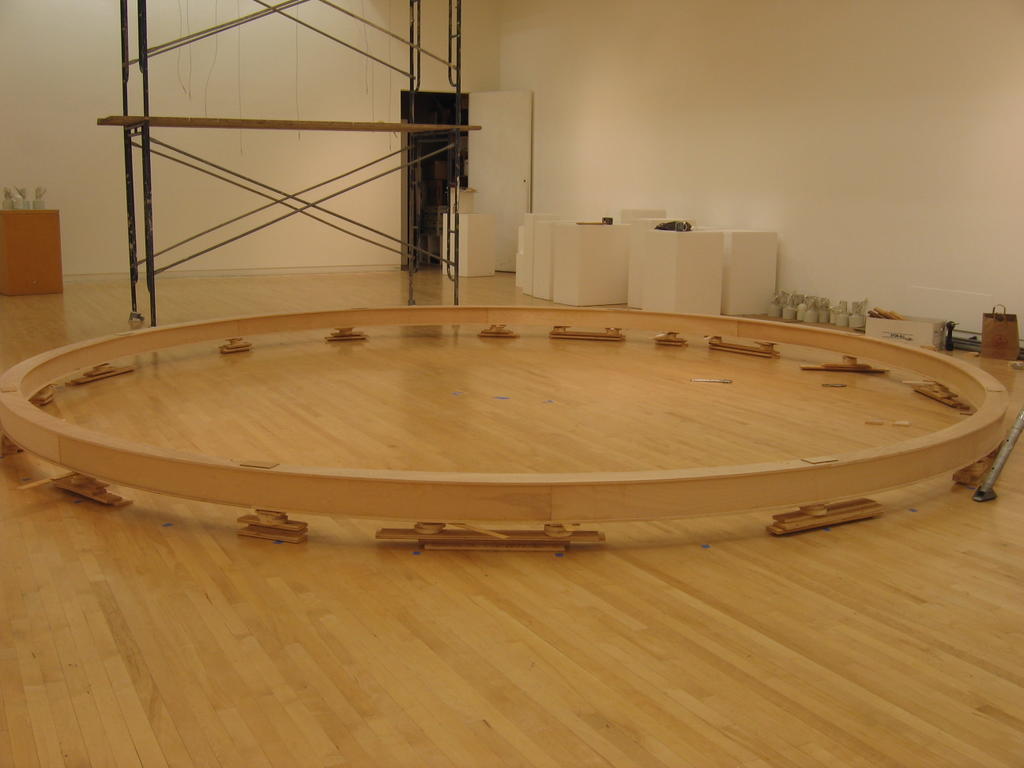 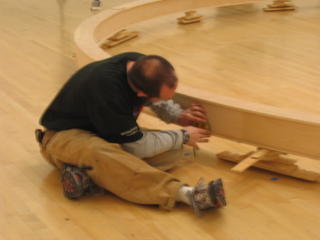 Dianne Jones ‘Shearing the rams’, 2001 (Inkjet on canvas) Courtesy of the artist and Niagara Galleries

I have used icons of Australia to reposition representation of indigenous people. Paintings by iconic artists Tom Roberts and Eugene Von Geurard often portrayed a romantic idea of Australia which was a peaceful, fat and wealthy land under endless blue skies. When indigenous people were painted it was all too often as part of the flora and fauna and without names or identities, insignificantly fading into the background. When white Australians were recorded either in paintings or written history they were always given names and some information about them and so I have positioned my family as the main focus of the paintings and given them an identity and importance that indigenous people were not afforded. My family and I did not match the images that I was seeing in history books or artworks.

Recent years have seen a rise in the number of both rural and urban based, prominent Aboriginal artists who directly address the impact of colonisation, dispossession and government intervention on their cultural heritage (Caruana, Wally 194). While public concepts of Indigenous art continue to be strongly linked to ideas of spirituality and tradition, new forms of Indigenous cultural expression are gaining popularity and acceptance. This shift in public and industry perceptions is largely due to the work of artists like Bell, Dianne Jones, Gordon Bennett, Fiona Foley and Lin Onus, who have proactively challenged ideals of Aboriginality and the limitations these ideals have imposed.

Aboriginal art, like all contemporary art, is constantly evolving and developing with the work of emerging artists, such as photographer  Jones, contributing to this ongoing process and the accompanying conversation. Jones directly addresses and attempts to debunk preconceptions of Aboriginality through her photography and digital artworks, contributing significantly to the established dialogue.

Read another article about this painting in The Sydney Morning Herald.