ANTI is a multi-disciplinary design agency and this is their Vimeo channel.

Young creatives talk about their jobs/lives 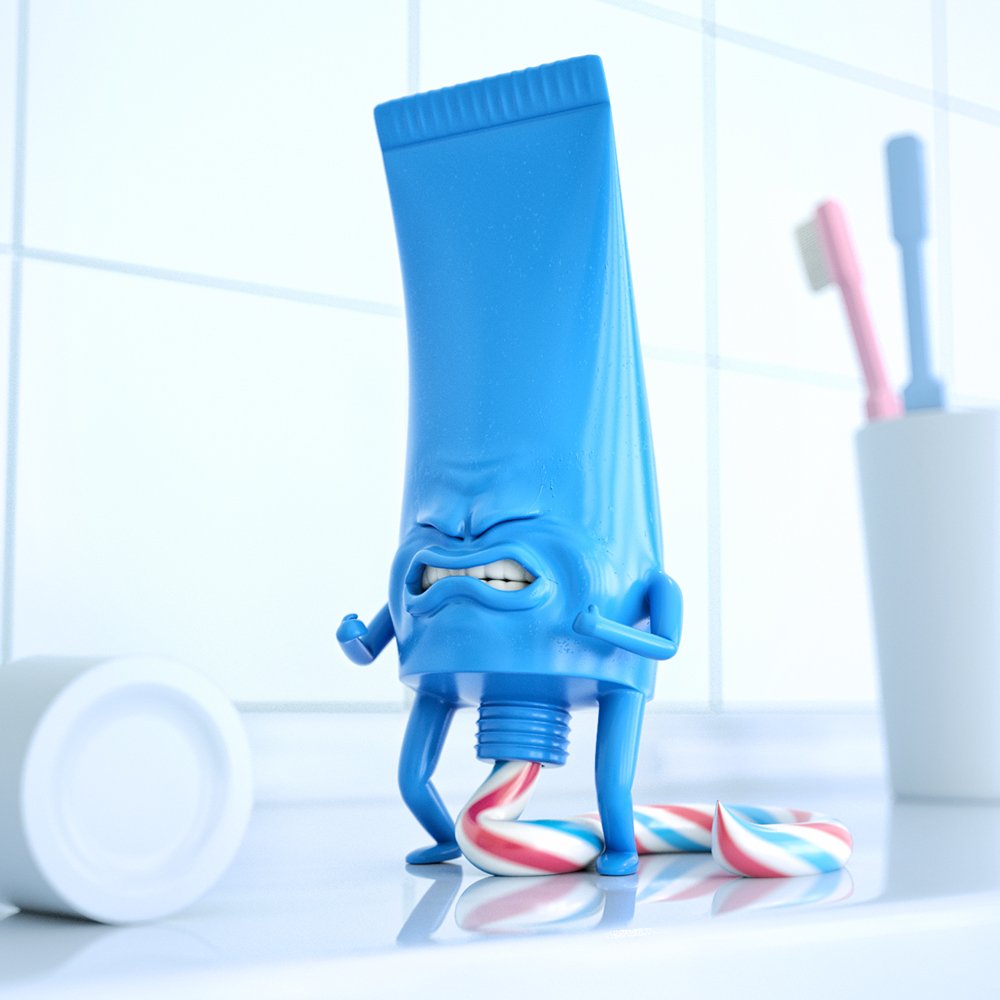 Querida a full-service design studio based in Barcelona developing projects for institutions, brands and individuals.

Blok Design : Since 1998, we’ve been doing what we love, which is collaborating with thinkers and creators, companies and brands, from all over the world, taking on projects that blend cultural awareness, our love of art, and our belief in humanity to advance society and business alike. Follow Blok Design on Vimeo, on Twitter, and on Instagram.

The Allotment : We are a London-based branding and design agency driven by our love for creating transformative, brilliant and compelling work that’s impossible to ignore. We’re obsessed (in a good way) with helping our clients grow. That means finding persuasive big ideas based on rich storytelling that help build deeper, more satisfying relationships between individuals and brands. Follow them on Twitter and on Facebook.

Bureau Hardy Seiler - We create straightforward and compelling communication design.
The Bureau specialises in corporate, editorial, graphic and web design
often joining forces with other experts to solve more complex challenges. Follow on Instagram, on Twitter and on Facebook. Tim Hucklesby is a British designer based in New York. Follow him on Vimeo and on Behance. Sheffield-based artist KID ACNE is best known for his comic-like illustrations and larger-than-life slogans. His epic murals and intricate wheat-pastes can be found across the planet, from Baku to Beijing, Milan to Miami, Sheffield to Sao Paulo. When KID ACNE is not drawing you will find him making music with rap group MONGRELS, alongside lifelong friend DJ Benjamin. (Source: IdN magazine). Follow him on Facebook and Twitter.

The Computer Arts magazine has a YouTube channel worth exploring. Check out the playlists.

Joe Cruz: My work employs hands on methods and low-tech materials. It mostly revolves around appropriation, mark making and colour. The strongest themes running through my work are sexuality, gender and beauty. Follow Joe on Instagram, on Twitter and on Facebook. Owen Gildersleeve  is an artist based in London, specialising in handcrafted illustration, set design and art direction. Owen's Illustration work often plays with light and shadow, frequently combining multiple layered paper-cuttings with graphical forms and hand-rendered typography. Follow him on Vimeo, on Instagram, on Twitter, on tumblr and on Facebook. Kyle Bean  is a London based illustrator, director and set designer. He creates playful, concept-driven imagery for a variety of editorial and commercial projects as well as installations for fashion brands and events. Kyle’s work is usually characterised by a whimsical and meticulous reappropriation of everyday materials and handcrafted techniques which often straddle the boundaries between illustration, sculpture and animation. Follow Kyle on Twitter and on Instagram.

Sarah Illenberger is a multi-disciplinary artist based in Berlin working at the intersection of art, graphic design, and photography. With a focus on analog craftwork using everyday items, Sarah is renowned for creating vivid, witty images that open up new perspectives on seemingly familiar subjects. Follow her on Instagram.

Davy Evans is an award winning multidisciplinary designer and art director based in Brighton. His work specialises in moving image, photography, design, and art direction for musicians and agencies across the globe. Follow him on Instagram, on Twitter and on Tumblr. 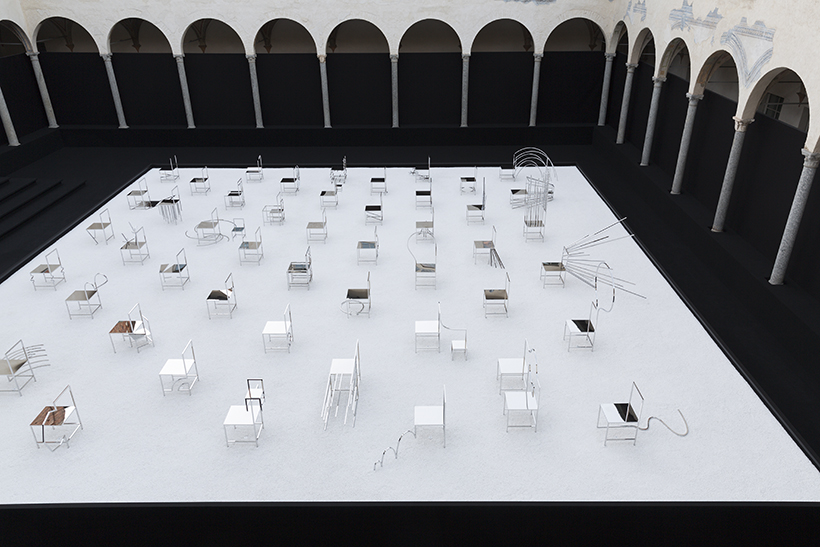 Giant Ant : We're Giant Ant, a family of writers and directors, animators and editors.
We're designers and cinematographers, producers and composers. We believe in collaborating with the very best talent in the industry to create meaningful and creative work for a select list of clients that we respect.

SEGD - The Society for Experiential Graphic Design. We are the global, multidisciplinary community of professionals who plan, design and build experiences that connect people to place. We are graphic and information designers, fabricators, architects, exhibition designers, technology integrators, interaction designers, brand strategists, students, wayfinding specialists, teachers and others who have a hand in shaping content-rich, experiential spaces. We are over 1,700 members in more than 20 countries. Diana Beltran Herrera  (b. 1987, Colombia) is a designer and artist that has been working over the past years with paper as the primary medium in the production of her work.  For Herrera, there is a considerable distance in the relationship between human and nature, and throughout her work, she aims to repair this relation by producing elements that are constantly removed, altered and forgotten. Her work is presented as a resistance where those sculptures remain in an ideal state and act like a model of representation of a reality that doesnt suffer any change.

Originally from Berkhamsted, Hertfordshire, George Douglas graduated with a BA in illustration from Edinburgh College of Art last year.

"I almost never look for specific material to start an image, and only rarely will I go hunting for a certain piece of photographic material to finish a picture. One of the things I enjoy most about working through appropriation is the serendipity of it, and I try to let the things I find lead the images I make. Chance is the driving force of my practice. I do have an extensive library that I draw from, but I'm also constantly sourcing new printed material from which to steal. And the term 'printed material' must be stressed; I'm interested in physical things, ultimately."

Malika Favre is a French artist based in London whose style is often described as Pop-Art meets Op-Art based on her use of positive/negative space and colour. Follow @malikafavre on Twitter and Instagram.

Alice Bowsher is a London based illustrator.

Ugo Gattoni is a Parisian born and bred artist and art director, whose surreal and exquisitely detailed portraits, depictions of cityscapes, and strange, otherworldly objects and artefacts are renowned worldwide for their unparalleled level of skill. Follow him on Instagram.

HIPPOPOLIS from Ugo Gattoni on Vimeo.

Jack Sachs is a London based 3D animator and illustrator. Read his blog and follow him on Twitter. Nicolas Menard is a French Canadian graphic artist working and living in London. He makes drawings, prints, animations, books and interactive. Follow him on Vimeo, on tumblr, on Twitter, and on Instagram.

Rich Nosworthy: I'm a freelance  CG generalist / 3D motion designer.  Originally from Devon in the UK, 5 years ago I swapped hemispheres to live and work in Auckland, New Zealand. Follow Rich on Vimeo and on Twitter.

Jason Drew  is a freelance designer, art director and animator based in Brighton. Follow him on Twitter and on Vimeo.

Nicole Gustafsson   is the creator behind NIMASPROUT. Nicole works as a full time illustrator, specializing in traditional media paintings featuring everything from woodland characters and environments, to pop culture based projects for Gallery 1988, Gallery Nucleus and more. Follow her on Twitter, on Instagram, and on Tumblr.

Kyle T. Webster   is an international award-winning illustrator, living in North Carolina, who has drawn for The New Yorker, The New York Times, Wall Street Journal, BusinessWeek, Entertainment Weekly, Scholastic, Nike, IDEO, and many other distinguished editorial, advertising, publishing and institutional clients. He has created two top 50 mobile games, and he is the founder of KyleBrush.com, the company behind the world's best-selling Photoshop brushes for professional illustrators, animators, and designers. Follow him on Twitter and Instagram. Conor Whelan Design - I'm Conor, and I'm a designer and animator from lovely old Dublin. I'm based in Vancouver making cool stuff with the folks at Giant Ant.

Steve Doogan - Scottish born Steve Doogan has been based in Dublin for the last 14 years. Having previously worked as an art director in the advertising industry he decided to ditch that side of the industry and concentrate on illustration, print making and working for himself. His client list includes album covers for Little Green Cars and Absolute Zero. He has also produced portraiture work for ICAD and OFFSET. For more info; doogan.ie

Barnbrook - Barnbrook is one of the most well-known creative studios in Britain.
Our team of designers specialise in producing innovative books,corporate identities, CD covers, custom fonts, websites and magazines. Our clients range from international museums to charitable organisations.

Otherwise known as Maciek Martyniuk, the Polish native, Yomagick, moved to Ireland eight years ago to undertake a degree in Visual Communication Design at Dun Laoghaire Institute of Art, Design and Technology. His graduate showcase spilled over with digital app designs, video, animation, typography-driven poster work, pure form visual communication and even type design, earning him a first-class degree and the impetus to ditch the day job and start up his own studio. (Source: Computer Arts magazine #252) Follow him on Instagram.