"The Secret River", silences and our nation's history (The Conversation)

"Grenville’s book began as research into her family history. She wanted to fill in the blanks of inherited stories about her ancestor, a pardoned convict who may have killed Aboriginal people during Australia’s settlement. But The Secret River always gestured to a wider story. It asks provocative questions about the silences in one family, but also in our nation’s history". The Secret River - review by Geraldine Bedell in The Guardian

Contested histories at the turn of the century (from "On the frontier: the intriguing dance of history and fiction" - The Conversation)

"By the late 1990s, frontier conflict had become accepted in Australian historiography and there was a conservative backlash, seeking to discredit a generation of research.

Conservative critics initiated a fight over footnotes and tried to count the precise number of Aboriginal and settler dead on the frontier as if it decided the ethics of the issue.

It was the moral vacuum created by this critique that invited, indeed demanded, works such as Mark McKenna’s Looking for Blackfellas’ Point (2002), Inga Clendinnen’s Dancing with Strangers (2003), and Kate Grenville’s The Secret River (2005), all published in the early 2000s, and all stories that aimed to remind us of the intimacy and familiarity of the frontier, of its visceral, violent reality, and also of its alternative human possibilities.

These three books, two of history, one of fiction, sought to enlarge our capacity for compassion, to win back ground for tolerance and understanding." (Read more in the article under 'Contested histories')

Friday essay: On listening to new national storytellers (The Conversation)

"I think my partner learnt more about Australia’s colonial history watching the ABC mini-series of Grenville’s Secret River than he had ever read in the pages of a history book. Judging by the sales of the book and the reception of its serialisation, I’m sure he’s not alone."

"The question is how? How to extend Australian historiography into the fields of public memory and popular histories alongside academic and official public narratives? How to include sites of silence and absence with the historical record? How to recognise the impact of local and family narratives on the national narrative?"

(Read more in the article)

The Secret River review - Have we really moved on? (The Guardian, 2015)

"Who should interpret and write about the past and how that past should be written (or taught) remain contested territories. This was palpable when historians and writers took each other to task in the wake of the publication Kate Grenville’s evocative fictionalised account of the early colony in New South Wales, The Secret River (2005)." Read more in "Historical fiction, fictional history: stories we tell about the past". (The Conversation)

About "The Secret River" 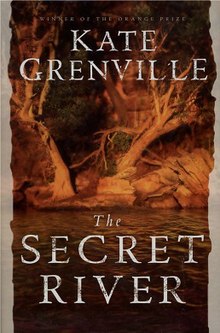 The Secret River, written by Kate Grenville in 2005, is a historical novel about an early 19th-century Englishman transported to Australia for theft. The story explores what may have happened when Europeans colonised land already inhabited by Aboriginal people.[1] The book has been compared to Thomas Keneally's The Chant of Jimmie Blacksmith and to Peter Carey's True History of the Kelly Gang for its style and historical theme.

The Secret River was inspired by Grenville's desire to understand the history of her ancestor Solomon Wiseman, who settled on the Hawkesbury River at the area now known as Wisemans Ferry.[2]:13 Her inspiration to understand this came from her taking part in the 28 May 2000 Reconciliation Walk across Sydney Harbour Bridge during which she realised that she didn't know much about the early interactions between the settlers and the Aboriginal people.[2]:12 Initially intended to be a work of non-fiction about Wiseman, the book eventually became a fictional work based on her research into Wiseman but not specifically about Wiseman himself. The novel took five years and twenty drafts to complete.[3]

The novel is dedicated to the Aboriginal people of Australia.[4] Although sparking hostility from some historians it received a positive response from many Aboriginal people, Grenville has said "they recognise that the book is my act of acknowledgement, my way of saying: this is how I'm sorry".[3]

Kate Grenville talks to Ramona Koval about her latest, and much anticipated, new novelThe Secret River. This is a tale that seeks to gain a new vantage point from which to view Australia's European settlement. It's a story of ordinary people, inter-cultural incoherence and dreadful inevitabilities. (Open transcript)

Searching for the Secret River is a memoir of the process of researching and writing The Secret River. It shows how events from the historical record were used in the novel, where they were changed, and the reasons for these choices. In drawing back the curtain on the process of writing fiction, it's also a useful and, I hope, reassuring account of the sometimes uncertain process of writing a work of fiction. (Source: Kate Grenville's website) Kate Grenville, with The Secret River, found herself in the middle of a debate at the heart of history. Chris Boland/Flickr

"Because the issues go to the heart of what it means to write fiction, and what the past means to us now, they are worth revisiting. The Secret River was the first in a trilogy: it was followed by The Lieutenant (in 2008), and Sarah Thornhill (in 2011). The theme of all three novels is guilt—the guilt of white Australia at its treatment of Aboriginal people. Guilt poisons William Thornhill’s life, and that of his daughter, Sarah Thornhill. In The Lieutenant, Daniel Rooke, based on the historical William Dawes, avoids guilt only by disavowing (to his face) the governor’s orders to capture and kill six of the local Cadigal people." ("Revisiting The Secret River" - Quadrant online)